Ephraim Simeon Alphonse (1896-1995) was born on June 24 1896 on the island of Carenero which is in Bocas del Toro Province. His father, John Alphonse, was from the island of Martinica and his mother, Carlotha Reid, was a native of Bluefields in Nicaragua. Alphonse was educated in what we call Spanish School in Bocas del Toro between 1903 and 1920. Upon finishing, he went to Kingston, Jamaica to attend Calabar Theological College from 1924 to 1926.

In addition to his missionary and ministerial work, Alphonse was a prolific writer and translator. Who’ Who of Jamaica (1941-1946) attributes to his achievements having “reduced the Valiente Indian Language to writing; wrote the first grammar in Guaymi and grammar and vocabulary in Hindustani, Spanish and English; also translated four Gospels in the Valiente Tongue and became translator of scripture for the American Bible Society, 1928 and 1929.” 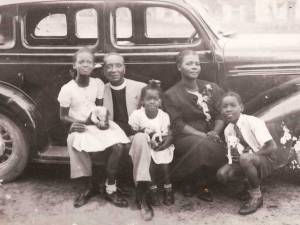 He was also a composer and compiled a hymn book and a catechism. In addition, he was a playwright having written and staged the following plays in Jamaica, “Youth-time and Eternity” and “The Gospel Ship.” He also authored “Among Valientes” and “The Pageant of the 4th Force.” He travelled to Costa Rica, France, and to England, 1938, where he gave missionary addresses on the Valiente Indians.

Writer, poet, missionary, minister and subsequent bishop of the Methodist Church (MCCA), linguist and creator of the Guaymi-English-Spanish Dictionary, for which he received the Belisario Porras Medal and the Order of Vasco Nuñez de Balboa Condecoration (1963), the latter being the highest honor bestowed on Panamanian citizens by the government. 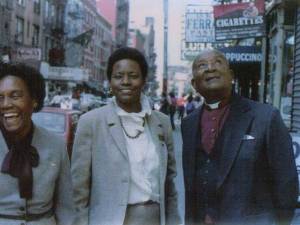 Amazed, he said, “The work of translating the Bible, properly speaking, started in Panama with the arrival of the Panamanian Ephraim Alphonse (who was then with the Wesleyan Methodist Church of Jamaica) to the Valiente Peninsula in Bocas del Toro with the Guaymi.

He didn’t actually arrive with the purpose of translating the sacred scriptures into a grammatically correct document in the Guaymi language, but such was the case. Without training and without the sophisticated and modern missionary infrastructure behind him, he accomplished just that.