His Excellency Professor Gerardo Maloney, Ambassador of the Republic of Panama to the Republic of Trinidad and Tobago 2004 -2009. He was born in Panama, a grandson of Bajans, St. Lucians and Jamaicans. 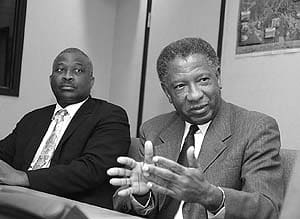