The flute virtuoso Mauricio Smith, who has died aged 71 of cancer, was one of Panama's most gifted musicians. He played on Mongo Santamaria's seminal Watermelon Man album in 1963, and in the bands of Tito Rodriguez, Eddie Palmieri, Mario Bauza, Willie Colon, Cesar Concepcion and Candido. His work encompassed Latin descarga, French West Indian zouk, Trinidadian calypso, bebop and Haitian compas. 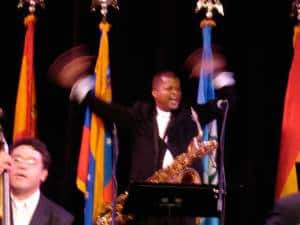 Smith was born in Colon; his mother was Panamanian, his father, a flutist in the Colon classical orchestra, came from Trinidad. Nurtured in Panama's British West Indian community, he began studies with his father at the age of seven. At 18, he became a semi-professional flutist and bandleader, branching out with saxophones.

He studied at the Panamanian national conservatory in 1951, and performed with several acts before making his debut LP, Mauricio Smith y su Quinteto, in 1958. Three years later, he moved to New York, where a revival of the pachanga dance was underway. This music was dominated by arrangements that were heavily laden with flutes and violins. Smith joined the band of percussionist Frank "Machito" Grillo, contributing flute solos on albums such as Machito's Variedades.

In the 1970s, his flute playing graced Dizzy Gillespie's Afro-Cuban Jazz Moods LP. He commuted between Panama and New York, and was a founding member of the NBC Saturday Night Live Band in 1975. His contributions to the calypso scene included arranging for Harry Belafonte, Mighty Explainer, King Obstinate, and the Mighty Arrow. He composed film music for Crossover Dreams (1985) and Dionysos (1984). 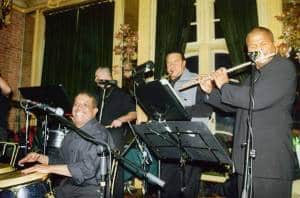 A great fan of French Antillean music, through his arranging prowess Smith successfully steered the Martiniquan group Kassav to international attention with Majestic Zouk in 1989. His exploits with the Haitian Compas band, Tabou Kombo, were also notable.

He taught at Panama's annual jamboree Juventud, and was instrumental in shaping the musical development of his country's current cultural ambassador, jazz pianist Danilo Perez. He was also an important influence on the fusion jazz flautists of the 1970s and 80s, such as Dave Valentin and Nestor Torres. He is survived by his wife Nelida, and five children. Born July 11 1931; died August 3 2002.