He was born in the city of Panama, on November 2, 1942, his parents were George A. Morgan and Dorotea Dolores Hurdle Montilla. Studied at the Jose De Obaldia school and then graduated from the National Institute in 1965 where he founded the historical film Club of the Instituto Nacional and organized for several years the laureates international film festivals in Panama. 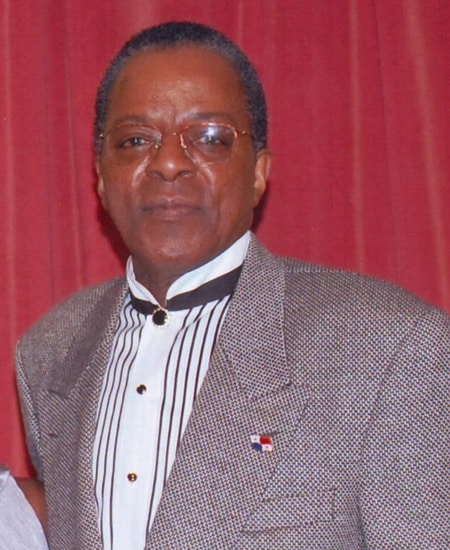 This undertaking captured national attention for 22 years reaching a new expression ever experienced in Panama. Under the extraordinary organization and continental projection that printed them, the international film festivals in Panama reached notoriety among producers, actors and promoters of the seventh art in Latin America and Europe.

His tenacity and delivery remained for two decades to Panama in a relevant place in this field and as a consequence the Republic of Panama became an important tourist destination especially during presentations of the Film Festival.

The exceptional merits deployed by the Organization and international promotion of the film festivals of Panama, have been recognized by the film institutes of the French Republic, Argentina, Chile and Brazil. He was distinguished with the Lumière film "order" of the Government of France in 1966; the "order to the merit" of the National Institute of culture, in its own right in 1983; the "order Cavaliere" to the merit of the Republic of Italy in 1970; "Distinguished citizen of Rio de Janeiro" in 1985; "Proclamacion" of the Council Municipal of New York City in 1998, and in 2003 the Mayor's Office of Panama, stated it "Guest of Honor" of the District of Panama, and was awarded the "key to the city".

Robert has represented his country in the diplomatic sphere as Consul General of the Republic of Panama with the Government of Sao Paulo State and Rio de Janeiro, Brazil. He was Adviser for Consular Affairs Consular society of São Paulo, Brazil; Executive Secretary in the Consular society of São Paulo; Official support to the Consulate General of the Republic of San Marino for his delegation to the "ECO92" World Congress in Rio de Janeiro, Brazil; Editor-in-Chief of the newspaper "Consulates News" of the diplomatic corps accredited to the Government of São Paulo, Brazil; Head of the ceremonial and Protocol of the Latin-American Parliament based in the Latin America Memorial, São Paulo, Brazil.

He is currently the editor of the monthly "Presence Panamanian e Hispanic News", which is published in New York City since 1994 and has managed print run of more than one million copies in print, as well as television "approaches Panamanians and of Latin America program.